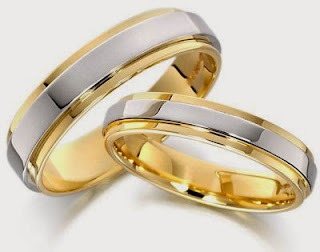 An Ilorin Magistrates’
Court on Thursday remanded a 35-year-old school teacher, David Ogundele, in
prison custody for allegedly stabbing his girlfriend, Tosin Ashinwo, to death.
Ogundele is standing trial for culpable homicide contrary to Section 221 of
Penal Code.
The Magistrate, Mrs.
Mercy Adebola, ordered that the accused be remanded at the Madalla Prison,
Ilorin, and adjourned the case to June 6 for further mention. Prosecutor
Abideen Oderinde had told the court that the accused stabbed the deceased and
her mother, Abiola Âshinwo, following their refusal to his proposal of marriage
to Tosin.
Oderinde said the
late Tosin and her mother refused to accept the proposal because Ogundele was a
married man. He said that apparently infuriated by the refusal, the accused ran
into the kitchen, picked a knife and stabbed Tosin to death. “The suspect also
stabbed the mother of the deceased several times on the body and she
subsequently lost consciousness. “She is receiving treatment at the University
of Ilorin Teaching Hospital (UITH), but her survival is not certain,’’ the
prosecutor said.
He said that police
investigation revealed that the accused stabbed the deceased, a member of staff
of MTN, to death at her residence at Tanke Area, Ilorin. Oderinde said that
after Ogundele committed the offence, he fled the scene and had been on the run
till his eventual arrest by security operatives at Oba-Ile, his home town in
Osun. The prosecutor objected to his bail application on the ground that it was
a capital offence.
Source: VANGUARD
495
SHARES
1.4k
VIEWS
Share on FacebookShare on Twitter